How to Feel Positive in Demanding Circumstances

I’m one of those people who loves inspirational quotes and I bought myself a “page-a-day” tear off calendar this year for my office.  It’s funny how, when you’re aware of a particular train of thought, you notice reminders of it occurring around you.  My live feed this week was on the subject of choosing our response to difficult circumstances and my calendar that day had the following quote:

It is based on a concept known as the “Drama Triangle” which explains certain types of relationships and their interactions in a particular way. It looks like this: 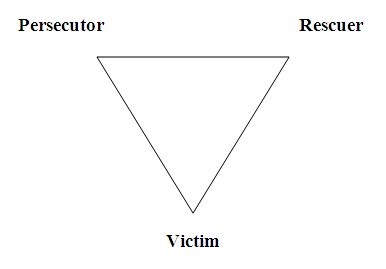 The Three Roles within the Drama Triangle

Everyone is a Victim

The positions on the drama triangle are not fixed.  No matter what the position, overall it is one of victimhood.  It is a place where people do not recognize that their experience of life is their own responsibility. So the persecutor is someone who has felt victimized in the past and is determined not to allow others to victimize them again.  The rescuer is someone who seeks to escape from their own difficult feelings (particularly of aloneness) by helping others.

Classically, the rescuer will try to help the victim but always be met with phrases similar to “yes, but …”

Have you ever noticed that about people you are trying to help?  No matter what suggestion you make, there is always a reason why it doesn’t work.

At this point there might be a shift within the triangle.  The rescuer feels frustrated.  The victim feels cross and misunderstood.  The victim may now become the persecutor and the rescuer the victim!

Alternatively the original rescuer may feel so frustrated that they become cross with the victim and turn into a persecutor!

Sometimes the persecutor may be motivated by guilt to try and rescue their victim. Ultimately however they will be blaming the victim for inducing their guilty feelings. Thus they are a victim.

The drama triangle occurs when people do not take responsibility for themselves and their feelings.  The victim blames the persecutor.  The persecutor blames the victim.  The rescuer relies on others for positive feelings about themselves.

Creating the Drama Triangle within Ourselves

Not only does the drama triangle occur within relationships, it can be happening within us.

How do we react to difficult circumstances?

How to Move Away from the Drama Triangle

When facing difficult circumstances there is a choice, and this is in our response.  In recognising that there are choices it is possible to move beyond being a victim.

Nothing may be able to change the circumstances but an individual can decide what their personal response will be.

They can choose to respond to others without blame.  They can recognize where the boundaries of their own, and others’, responsibilities lie.  As they take responsibility for themselves, their feelings, and their actions, there is no longer any need to blame others.

Making a conscious choice to respond to a situation in a particular way can be a very empowering feeling.  It can bring an individual a sense of purpose and a feeling of control when, perhaps, circumstances feel very out of control.

I spoke about making positive choices in my live feed this week.  If you're reading this on email please visit www.thegoodenoughmum.com to view it.